Appointment of an Executive Councillor 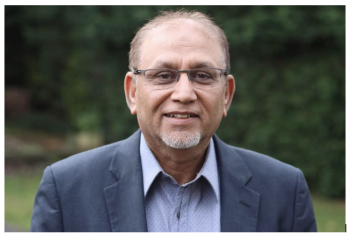 Dr. Husein Jiwa was born in Moshi, Tanzania. He qualified as a doctor with MBBS in 1980. He moved to Peterborough, UK, in 1985. In 1992 he undertook specialist training and graduated in Osteopathy and Naturopathy from the British College of Naturopathy & Osteopathy.

Dr. Jiwa served CoEJ for two terms as a President between 2009 – 2015 and as Vice President for two terms between 2003 – 2009 and 2015 -2018. He worked closely and seamlessly with jamaats across Europe, promoted good working partnership and enhanced togetherness and unity.

Since moving to Peterborough, he served the community in various voluntary roles, with special interest in youth and elderly related activities. Dr. Jiwa joined CoEJ in 1996 as a Councillor and subsequently become the Chairman of the Medical Board. He established the annual health screening events within the European Jamaats and delivered lectures and health awarenessprogrammes to the seniors’.

He has served the European Hajj Mission (EHM) Medical Team as one of the doctors. He was instrumental in the development and promotion of the Sweden Boys Camp and the Mulla Asghar Memorial Tournament (MAMT), both of which have been flagship projects of CoEJ.

In his term as a CoEJ president, he addressed the challenge of disunity the community faced around moonsighting in particularly during the Eid celebration. Through his leadership meeting with the grand Ayatullah Sistani and through his guidance the CoEJ Hilal Committee has the mandate to liaise with the Najaf office and announce a single date for Eid for the followers of Ayatullah Sistani across Europe, successfully resolving the issue.