This Newswire is Sponsored by: 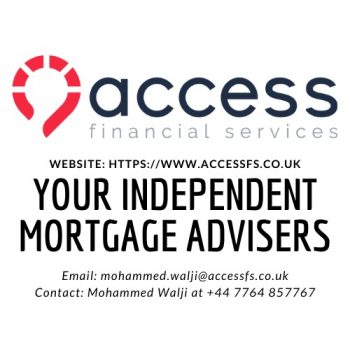 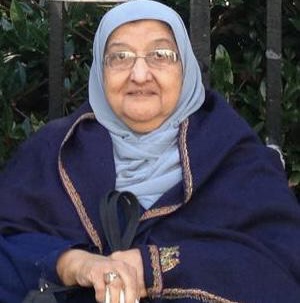 It is with great sadness that we announce the sad demise of Razia Bai Pirbhai, who passed away on November 26th 2021. May Allah (s.w.t) grant her a lofty place in Janatul Firdaus. Ameen.

Born on 20th April 1939, Razia Bai was the eldest of 15 siblings. She was married at the age of 18 to Marhum Mohamed Taki Pirbhai and after having three children, Bashir Pirbhai, Hamid Pirbhai and Hasina Bai Chagpar, she was widowed at the age of 26. Razia Bai recognized the importance of education, migrating from Arusha to Karachi and finally to London to ensure that her children had a bright future.

She made many sacrifices along the way, but never let it show. Even as her health started to deteriorate 35 years ago, she always had a positive outlook on life.

What made her special was the connections she formed with others. She was a champion in Silah Rahmi and the matriarch of the family and maintained strong relationships with her late husband’s family as well as her siblings, keeping in constant touch with them on a global scale.

Razia Bai made a significant contribution to our community and she will be remembered by many. She managed finances for the Seniors Society and was highly praised for her work. She loved attending the Hujjat Seniors programme because she would get to be the social butterfly she was, and see all her friends and volunteers.

She proactively engaged with young and old not expecting anything in return, but purely for the love and joy of others. She did not wait to be greeted, even by younger members, and would make time to talk and listen to everyone.

“Razia Aunty was an inspiration to my daughter, so kind and loving that she gave her confidence to serve”, mother of a young volunteer.

Despite her health issues, Razia Bai visited the sick and encouraged the younger generation to accompany her to help them gel with the seniors and demonstrate to them the importance of this great community service.

If you had a new venture or a small business, she would always make a purchase, especially from mosque stalls and charity events.

She was a lady that genuinely cared for people, and had huge amount of respect, love and gratitude towards those who cared for her. She would always thank anyone who did anything for her no matter how small. Her relationship with the volunteers was second to none. She had the highest levels of respect and appreciation for all their hard and selfless work. The family would like to thank you all for your support and care for her.

Her faith in Allah (s.w.t) and love for Ahlulbayt (a.s) was incredibly strong. She lived her life in line of the teachings of Ahlulbayt (a.s) and always had the akhera in her mind and with the help of Orison Charitable Trust, established a mosque in Bangladesh where daily Salaat, Jummah Salaat, Madressah, Muharram, Ramadhan and commemoration programmes take place throughout the year.

She never held a grudge and was very quick to forgive. Her kind and loving nature would always look towards forgiveness and positivity.

What we will remember her most about is that she was always there to support you. She has a calming presence, a person who you could talk to and who would listen to you. Her positivity, caring nature and warmth could even be seen in her final days.

We pray to Allah (s.w.t) to grant Marhuma Razia Bai Pirbhai maghferat and place her soul amongst the blessed ones in the vicinity of Chaharada Masumeen (a.s) and who continuously receive mercy and grace of Allah (s.w.t). Ameen.

“I knew my grandmother was well – respected in society, but its only her passing that I understood the extent to which she was loved and cherished by all. She was proactive in reaching out to everyone, visiting the sick even while struggling with ailments of her own. A truly selfless woman, she has set an example for us all.” – Mahdi Taqi.

Introducing our CoEJ Head of Boards 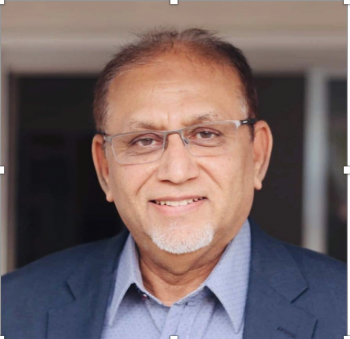 Husein Jiwa was born in Moshi, Tanzania and moved to Peterborough, UK, in 1985.  Dr. Jiwa qualified as a doctor with MBBS in 1980.  In 1992, he undertook specialist training and graduated in Osteopathy and Naturopathy from the British College of Naturopathy & Osteopathy. 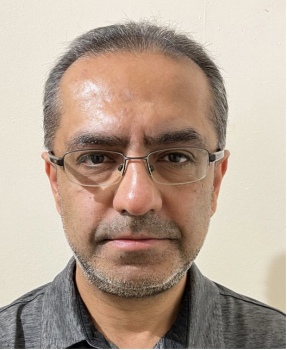 Originally from Trollhattan, Sweden, Sajjad Govani has served the Trollhattan Jamaat. He migrated to the UK in early 2000 and works as a financial controller at a Trelecoms company in London.

Mr. Govani has served the Stanmore Madressa (SIM) in various capacities for 15+ years. 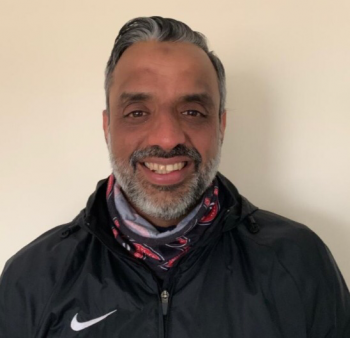 Apart from being an avid and active sportsman himself, Abbas Merali has played a very active role in the development of Stanmore Jafferys Sports (gents and ladies) over the last 7 years as part of the Executive team — having been the Chairman, Vice Chairman and an EC member.

He also brings a rich experience from his time in Mombasa, where he represented Jaffery Sports Club 1st XI cricket team as an opening batsman and spin bowler. 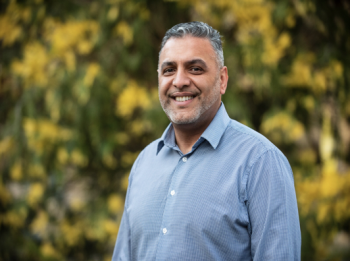 Dr. Sarfraz Jeraj is a member of the Hyderi Jamaat in South London. He works professionally as a clinical psychologist and university lecturer. He is an experienced facilitator and has worked in the Muslim community within his jamaat, CoEJ and more widely for over 15 years. 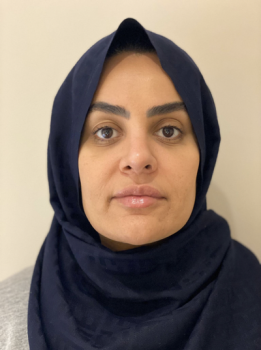 Saima holds a degree in Logistics and Credit Management and as a qualified Project Manager, Saima has worked in both operations and project management roles for over 12 years.

Her previous employers include Honda Finance Europe, Peter Jones from BBC hit show Dragons Den and most recently, The Sharan Project – an award-winning domestic abuse charity where Saima worked with the Home Office, BEIS, The Department for Works and Pensions and the Domestic Abuse commissioner to launch a government-backed covenant aimed at supporting domestic abuse victims and survivors get back into work.

As well as volunteering for her local jamaat in Peterborough for 7 years and now Leicester jamaat, Saima was appointed a Trustee of multi-award-winning charity FOCUS in 2020 and chairs the Anti-Oppressive Practices board.

She is also currently writing the ‘Gender Equality Strategy and Policy’ for the Africa Health Organisation. 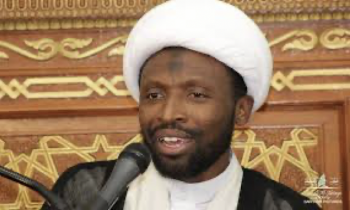 Sheikh Nuru Mohammed is the resident Imam at Al-Abbas Islamic Centre in Birmingham- UK.  He is also the national trustee and co-chair at Citizens UK.

Sheikh was elected as the UK’s most impactful Imam in 2021. He is also the deputy head of mental health Caucus at West Midlands combined Authority faith strategic partnership group and a Member of Standing advisory council on religious education. 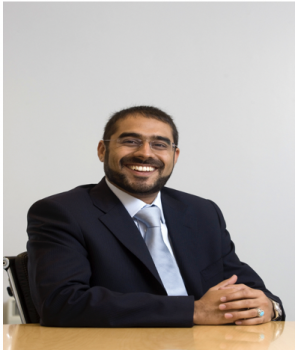 Habib is an IT professional running his own software development company. He has been an active volunteer at Hyderi for many years. He is also a Trustee of the Emaan Trust and Hasnain Foundation, charities focusing on Social Development in Africa. 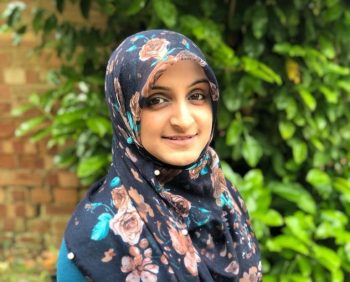 Born and bred in the UK, Raihana is an active member of the Hujjat Stanmore community and plays many roles there.

She is a teacher at the Saturday Workshop & Sunday Madressa, part of the Ladies Committee & works with the Audio/Visual team to assist in the smooth running of programmes.

With the blessings of Allah (SWT) and the Ahlulbayt (as), her passion to recite and serve has led her to connect with sisters globally through online initiatives and via ziyarah groups.

The KSIMC of Birmingham are pleased to launch the next Lady Fizza Annual Quran Competition which will be taking place in Birmingham, UK on the weekend for 17th-19th June 2022.

Participants, from across UK and Europe, have joined us year on year and worked up the ladder aiming to perfect their Recitation and Quranic knowledge, thereby deepening their love of our Holy Book and we look forward to welcoming them again this year.

Like previous years, the competition will be split into three categories: Hifz, Tafseer and Open Recitation.

Registration will be open until 18th March 2022. Registration can be completed online on www.lfqc.uk

Further information is also available on the same website.

We look forward to welcoming participants from your Jamaat to join us as we come together as a community to learn more about the Holy Quran.

If you have any queries, please email lfqc@ksmnet.org

At the AGM held at The Zainabiya Islamic Centre in Märsta, Sweden on Sunday 13th of February, the following were elected to form the managing committee for the term 2022/2023. 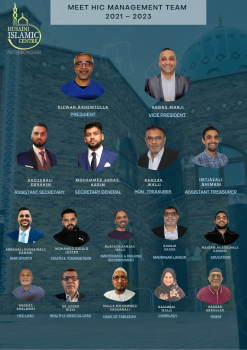 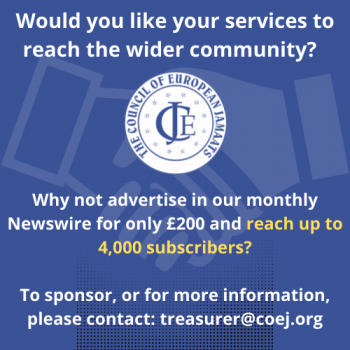 One thought on “The Council of European Jamaats NewsWire – February Edition”